Whether you are gluten free or not, learn how to make almond flour at home. It is cheaper to make than you might think, compared to store bought almond flour.

Making almond flour is a lot easier than you think and only involves one ingredient and a blender.

This article will tell you how to make your own almond flour and what you can make almond flour.

What Is The Difference Between Almond Flour And Almond Meal?

There is some confusion between the two as they are both very similar to one another. Almond meal is ground up almonds that still have their shells on.

While almond flour is made with blanched (peeled) almonds. There isn’t a huge difference between the two, except almond flour has a light color and a finer texture.

Almond meal does have a more distinctive almond flavour when used in cooking. It is a lot coarser in texture when you put the two side by side and a lot darker in appearance.

When it comes to baking, almond flour and almond meal can be interchanged in recipes for quick breads and cookies.

However when you are baking something with a more cake-like consistency, almond flour is the way to go because it is lighter and will make your bakes lighter.

How To Make Almond Flour?

Almond flour is very simple to make and uses just one ingredient and one piece of equipment.

Making your own almond flour is a lot cheaper than buying it from the store. It also has a lot of health benefits too, it’s not just a great guten alternative.

Almond flour is high in magnesium which helps control your blood sugar levels better, but also is rich in monounsaturated fat which helps keep your cholesterol down.

Which means people with diabetes can manage their blood sugars better by switching to almond flour.

Although almond flour is great for everyone as it contains a lot of prebiotic dietary fiber. By consuming enough of this kind of fibre leads to a much healthier digestive system.

Almond flour is also full of vitamins such as vitamin E and other antioxidants. It is a great source of calcium and iron too.

It is great for those who are on a diet, especially the keto diet. Overall a very healthy and worthwhile switch.

If you do forget to take the skins off your almonds and end up making almond meal, that also provides the same benefits as almond flour.

Can I Substitute Regular Flour With Almond Flour?

Almond flour is a bit wetter than normal white flour, so you can use almond flour instead of normal wheat flour for a 1:1 ratio.

However you may need to be prepared to add extra flour to compensate for the almond flour being a different consistency to normal wheat flour and having a bit more moisture.

You may find that your batter is a bit more slack and wetter too. Just add more almond flour until you are happy with the consistency.

What Can I Make With Almond Flour?

There are many recipes out there that use almond flour. As mentioned above you can substitute regular wheat flour for almond flour, you just need to be careful of the quantities and consistency.

However when using almond flour in your cooking and baking you’ll notice a sweeter and more nutty taste. As well as a nutty aroma.

Here are just a few things that you can make with your almond flour:

There isn’t much you can’t make with almond flour, and all taste extremely tasty. Almond flour can be used for savory dishes too. It can be used as a coating on fish and chicken.

It can be used as a substitute for breadcrumbs in meatballs. There is a huge range of choices, so there is nothing stopping you from using your almond flour all the time.

Whether you are gluten free, trying to be healthier or trying something new, almond flour is a great alternative to wheat flour.

It is very easy to make and can last you just as long as normal wheat flour, as long as it is left in the fridge. Almond flour has a lot of health benefits.

It is lower in carbohydrates and contains lots of nutrients such as Vitamin E. You can use Almond flour for most things that you wish to make and it provides a great nutty flour. 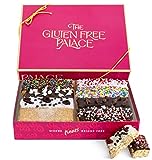 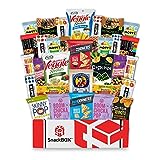