China’s cuisine is one of the best in the world. Because of that, their food has become popular worldwide.

You can buy Chinese food across the world from restaurants and takeaways. Who doesn’t love a good Chinese takeaway?

Unfortunately, not all Chinese food is gluten-free.

This can put those who suffer from Coeliac disease, an autoimmune condition whereby your immune system targets itself whenever gluten is consumed, off buying or making Chinese food.

Those who have Coeliac disease risk experiencing symptoms such as cramps, nausea, and diarrhea if they risk eating Chinese food that contains gluten.

Luckily, there are some Chinese foods that are gluten-free. A lot of Chinese meals contain rice, which does not contain any gluten.

This is because gluten is most commonly found in bread, pasta, and cakes.

On the other hand, noodles, another staple of Chinese cooking, do contain gluten. However, some Chinese dishes can be made with gluten-free ingredients.

In Chinese cuisine, prawn crackers are snack foods that are considered sides. If you love the taste of prawns, these crackers will be right up your alley.

If you are concerned about whether the prawn crackers a restaurant serves contain gluten, do not be afraid to ask.

Unfortunately, this is it for the list of Chinese foods that will not contain gluten. However, if you do have Coeliac disease there is still hope for you. Continue reading below to find out why.

What Chinese Foods Can Be Adapted To Be Gluten-free?

Because of the prominence of noodles and soy sauce in Chinese cooking, finding gluten-free options is near-impossible.

This can make eating in Chinese restaurants and takeaways stressful for those who suffer from Coeliac disease.

Fortunately, if you are cooking at home, you can make your own gluten-free alternatives.

The following is a list of Chinese foods that traditionally contain gluten but can be adapted so that they no longer do.

Bear in mind that most restaurants, unless they explicitly say otherwise, will serve these dishes with ingredients that contain gluten.

In most cases, Chow-mein is not gluten-free. This dish is traditionally made with noodles, which contain wheat.

Alternatively, if you are making your own Chow-Mein at home, you can use gluten-free noodles.

Gluten-free noodles can be bought readily at supermarkets. You can also purchase them online, such as through Amazon.

If you are craving sweet and sour sauce but are allergic to gluten, you will have to make the sauce from scratch.

A gluten-free sauce can be made using tomato ketchup, sugar vinegar, ginger, and cornstarch. Once you have made this sauce, you can add it to the chicken, pineapple, and pepper.

Spring rolls are classic Chinese starters. They are traditionally made using wheat flour, meaning they are not acceptable for those with a gluten-free diet to eat.

The fillings of spring rolls may not feature gluten, though some might. The vegetables found in a spring roll, such as carrot, bean sprouts, mushroom, and cabbage, will not have gluten.

Some sauces will contain gluten. There are a few recipes for making them without gluten. For instance, you can wrap the fillings in rice paper instead of one made with wheat flour.

Dumplings are small treats in Asian dining, in which a filling is wrapped in dough that is boiled or fried. Classically dumplings are made using gluten, specifically in their dough.

Thankfully, there are lots of gluten-free dumpling recipes available to those with Coeliac disease. This can be achieved by using gluten-free flour, such as rice flour.

Kung pao is a delicious and spicy chicken dish. Its sauce will usually contain gluten, due to the inclusion of Chinese black vinegar.

Thankfully, you can make a gluten-free alternative. In fact, you can purchase gluten-free kung pao sauce online.

Fried rice is usually made with eggs and vegetables, though it can also be fried with different meats.

Despite the fact that rice is gluten-free, fried rice often includes gluten. This is because it usually contains sauces, such as soy sauce, which are not gluten-free.

Fortunately, rice, a popular Chinese staple, is gluten-free. White, brown, and wild rice all do not contain gluten. This is a positive for those who are looking to cook gluten-free Chinese dishes.

Traditional soy sauce contains gluten because it is made using wheat. This is one of the reasons why a lot of Chinese dishes are not gluten-free.

Soy sauce is a popular ingredient in Chinese cooking. However, you can find gluten-free soy sauces. They are quite accessible online.

Is Chinese garlic sauce suitable for people with Coeliac disease?

Unlike other sauces in Chinese cooking, Chinese garlic sauce can be gluten-free.

However, you should check before using a brand of garlic sauce, as some may not be suitable for those with Coeliac disease.

You can also make your own Chinese garlic sauce at home. This can be made with relative ease.

Sadly, there is a serious limit to the number of Chinese dishes that are gluten-free. As a result, those who suffer from Coeliac disease should try to avoid Chinese takeaways and restaurants.

Thankfully, if you are passionate about Chinese food and you suffer from this unfortunate disorder, you can still eat gluten-free Chinese food.

This will likely need to be homemade unless an establishment near you specializes in gluten-free alternatives. This can be quite time-consuming, though the delicious results are certainly worth it.

In addition, you can make your own gluten-free Chinese meals at home by using ready-made sauces online or from supermarkets.

These products are more available today than they ever were, meaning gluten-free cooking at home is now more accessible. 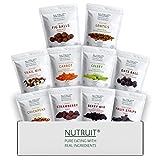 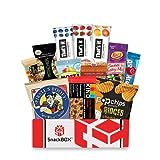 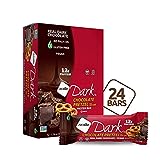